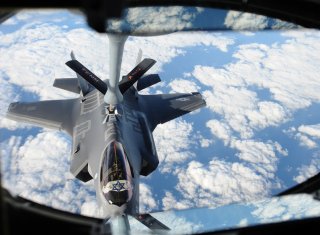 In the hours just before dawn on July 6, Israel’s top military brass, executives from Israel Aerospace Industries, and key defense companies waited for news of a successful orbit as Israel’s latest surveillance satellite lifted off from near Palmachim military base in central Israel. Ofek-16, the new satellite, is the latest success in Israel’s space program. Israel has been launching satellites since 1988 and has its own indigenous space program designed to make the country totally independent from end-to-end in building satellites and jamming them full of the latest imaging technology.

Ofek-16 will join Ofek-11 and several other Israeli satellites, both commercial such as the Eros series, and communication such as the Amos satellites. The prime contractor was Israel’s premier aerospace defense company, IAI, and its Systems, Missiles, and Space Group. The Space Administration in the Directorate of Defense Research and Development of the Israel Ministry of Defense, pushed for the launch this summer despite the coronavirus pandemic. Israel seeks to put several satellites in orbit a decade so it was important to stay on one schedule.

Israel used its locally-made Shavit launcher and fired the satellite west, instead of the way most satellites are launched to the east. Because of Israel’s sensitive neighbors, Israel can't be shooting satellites over the West Bank, Jordan and Iraq. The satellite is now in orbit and will undergo tests before delivering imagery to Israel’s elite intelligence units of the IDF. The satellite’s payload was developed by Elbit Systems. The launch engines were developed by Rafael Advanced Systems and Tomer, a government-owned defense company.

Rafael, best known for Israel’s Iron Dome defense system and Trophy active protection for tanks, which is used in the US, provided key elements for the launch. The defense giant produced the third stage propulsion for the launcher, the thrusters for the launcher’s reaction control system, full hydrazine propulsion system for the satellite, a payload structure made of unique composite materials and fueling for the site. Elbit Systems supplied the Jupiter Space camera which is 1.5 meters long and weighs 120kg. With a 700mm aperture it provides multispectral high resolution imaging of 50cm from an altitude of 600km. Each shot can capture 15 sq km, the company says. This is the unparalleled surveillance camera that Israel needs as it faces increasing Iranian threats, including Iranian weapons trafficking via Iraq and Syria to Hezbollah in Lebanon.

Defense Minister Benny Gantz, who recently took up his post after signing a unity deal with Israel’s ruling party head Benjamin Netanyahu, said "this is another extraordinary achievement for the defense establishment, for the defense industries as a whole, and for Israel Aerospace Industries in particular." He said the satellite will provide technological superiority and intelligence capabilities that are essential to the security of the State of Israel. “The fact that Israel is one of the thirteen countries in the world with satellite launching capabilities is not a given, and was made possible by the people who have been investing in these systems and advancing breakthrough capabilities over the years. We will continue to strengthen and maintain Israel's capabilities on every front, in every place."

Israel has been sending satellites to space for decades but truly came into its own in the last two decades. It was during this era that it got five satellites into orbit to provide commercial and intelligence service imaging. It also works with other countries, from France to Italy and India on key aspects of this space technology.

There were challenges in Israel’s space race over the years. For instance Iran recently launched a military satellite that is seen as part of Iran’s overall threat posture. In addition Israel had to postpone launchings of several satellites over the last decade and a half. One communications satellite even blew up in 2016 in Cape Canaveral. Today the country appears to be back in stride. It’s last Ofek-series satellite was publicly launched in 2016. The missing numbers between Ofek 11 and Ofek 16 are said to be random and not evidence that there are four other satellites in the series in orbit.

Amnon Harari, head of the Space Administration in Israel and a key figure going back many years in Israel’s quest to dominate in the space arena, said he took pride in the launch. By joining the other Ofek satellites Israel completes its imaging coverage because satellites in this kind of low earth orbit of several hundred kilometers pass over every hour and a half you need several to always have them on station watching. Satellites compliment other electro-optic surveillance needs, such as large high altitude UAVs that Israel has, including the Heron and Hermes models. But UAVs have a range and may not be able to fly into enemy contested airspace where air defense can target them.

Shlomi Sudri of IAI’s Space Division said the satellite enables Israel to enhance its strategic capabilities. It will enhance the IDF’s intelligence capabilities. Another IAI executive noted that this generation Ofek-16 is similar to the one launched in 2011 with minor adjustments. The satellite weights around 400kg and was readied for launch during the coronavirus pandemic. This meant protecting the staff in a unique environment on a base and also keeping the schedule on time. The IAI team was obviously very excited, describing waiting patiently for the launch and seeing the satellite reach orbit.

Israel today faces increasing threats from Iran’s attempt to transfer precision guided munitions to Hezbollah in Lebanon. Israel has also said it has carried out more than 1,000 airstrikes against Iran in Syria, seeking to prevent Iranian entrenchment. Iran has up to 900 IRGC personnel in Syria and the head of the IRGC Quds Force Esmail Ghaani recently visited Albukaml in Syria near the Iraqi border. Iran has been supplying its proxy forces in the region with drones and ballistic missiles, including those the Houthi rebels in Yemen use to target Saudi Arabia.

This entire web of Iranian activity is a unique threat for Israel. Unlike the massed Soviet-supplied tanks of the past that were in the hands of the Egyptians and Syrians in the 1960s, or the Palestinian terror groups that blew up buses in the early 2000s, today’s challenge is what Israel calls the “third circle.” Under a new plan Israel has created a special headquarters in charge of dealing with the Iran threat. Israel’s needs for more satellites compliment its fifth generation F-35s and their unique capabilities. As such the country continues to be a hi-tech defense powerhouse. However it also faces unique threats and continues to prepare for the next conflict. So far Israel has kept that conflict at arms length through what it calls the “campaign between the wars,” aimed at using smaller precision airstrikes to deter a larger conflict. If and when that conflict comes the superior imaging from satellites like Ofek-16 will be key.