It’s Final: Switzerland Is Getting a Fleet of F-35 Fighters 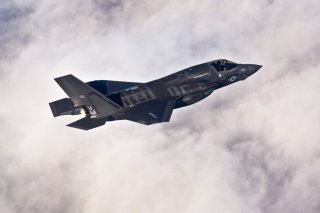 In a statement, the Swiss government announced the finalization of the American F-35A stealth fighter, despite a somewhat rocky and uncertain tender process.

“National Armaments Director Martin Sonderegger and the Swiss F-35A Program Manager Darko Savic signed the procurement contract on 19 September 2022 at armasuisse in Bern,” the Swiss statement said. “With this, the procurement of 36 F-35A is contractually agreed. The aircraft will be delivered between 2027 and 2030 and will replace the current fleet of F/A-18 Hornets and F-5 Tigers.”

The Swiss statement also explained that “the procurement for the purchase of the 36 F-35A amounts to 6,035 billion Swiss Francs and thus lies within the limits of the maximum financial volume approved by the Swiss electorate. The National Armaments Director Martin Sonderegger and the Program Manager for the procurement of the new combat aircraft, Darko Savic, have signed the contract. For their part, the US authorities have already signed the procurement contract.”

It added that the purchase covers not just aircraft but also “the procurement cost of the F-35A also cover mission specific equipment, weapons and ammunition, a logistics package, mission planning systems, training systems and initial training. Furthermore, the cost for the integration into the Swiss command and control system, for support services by industry, a risk amount, the inflation in the country of manufacturer, the USA, as well as the VAT on imports are also included.”

Although finalized, the Swiss purchase was controversial and far from certain. In response to a Swiss government tender calling for a fighter jet to replace the country’s aging fleet of F/A-18C fighter jets, Lockheed Martin submitted their F-35A fighter jet, the world’s most prolific and arguably most successful stealth fighter to date.

Though the American stealth fighter had to compete against other fighter jet designs from Europe, it came out as the most capable fighter to replace the Swiss fleet. And while the Swiss Parliament approved the purchase, a Swiss grass-roots initiative garnered enough signatures to challenge the F-35A purchase.

The heart of the initiative argued that the Swiss armed forces should not purchase an American fighter, insisting that the F-35A’s foreign nature would be a security risk and urged Switzerland to purchase a less-capable European alternative.

The Swiss government ultimately decided to go forward with the F-35A purchase and chose the only 5th generation fighter that competed for the Swiss Air Force tender—and the most capable production fighter in the world.