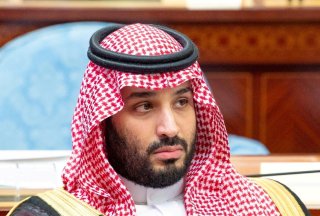 Last week, the Wall Street Journal revealed that two major U.S. partners in the Gulf—the United Arab Emirates (UAE) and Saudi Arabia—had declined to speak with U.S. president Joe Biden on the phone to discuss surging global energy costs. Given current global challenges stemming from the war in Ukraine, this is an extraordinary incident and calls into question the merit of the United States’ so-called special partnerships with Riyadh and Abu Dhabi.

Indeed, Russia’s invasion of Ukraine has shocked an already-inflated energy market intent on recovering major losses from the Covid-19 pandemic, setting the table for difficult diplomatic engagements between the United States and its Gulf partners. The coupling of the war in Ukraine with pandemic supply chain disruptions, worker shortages, and shipping asset competition has inflated a moment of corporate greed, driving prices up in the United States and globally.

Meanwhile, the rulers of anti-democratic rentier economies reliant on fossil fuels are enjoying high energy costs. Saudi Arabia has outlined its intention to keep oil prices inflated, likely due to a combination of lost profits and Crown Prince Mohammed bin Salman’s (MbS) personal frustrations with the Biden administration’s tough “pariah” rhetoric. MbS made these frustrations known in a March 3 interview with The Atlantic, where he derided the West’s response for crimes such as the dismembering of Jamal Khashoggi. In the same breath, MbS argued that the United States has no right to tell his country what to do within its borders, conveniently forgetting that the murder occurred in Turkey.

Meanwhile, Emirati leader Mohammad bin Zayed Al Nahyan’s (MbZ) UAE is playing a more difficult balancing act. While interested in oil profits, Abu Dhabi carries deeper security concerns regarding Iran and the Yemeni civil war to its south—specifically regarding Houthi attacks on its cities. Whether or not MbZ and Putin reached a February 25 deal on United Nations Security Council (UNSC) resolutions, in which the Emiratis abstained from a resolution condemning Moscow’s invasion of Ukraine in exchange for Russia’s approval of terrorist language in a resolution on the Houthis, remains to be seen. Still, Abu Dhabi’s long-sought language was probably the result of a deal, much to Washington’s chagrin.

Regardless, it is concerning that Washington is having to labor so hard to garner cooperation from two that it has decades-long diplomatic and security partnerships with. This includes deterrence measures against Iranian aggression; ignoring counterrevolutionary and anti-democratic actions in places like Libya, Sudan, and Egypt; and directly supporting the war in Yemen. In return, Riyadh and Abu Dhabi are expected to cooperate on issues of security, intelligence, and smooth and affordable non-renewable energy flows. Given that the UAE and Saudi Arabia are the only states capable of increasing oil production today makes their cooperation all the more valuable and necessary.

Rather, it seems MbS and MbZ believe they can skirt their end of the bargain. This comes not one month after the United States moved naval and air assets to the UAE following a January 17 Houthi ballistic missile attack on Abu Dhabi, alongside continued arms sales to both countries worth billions. Instead, these states are siding with the Organization of Petroleum Exporting Countries (OPEC) and Russia to maximize profits as the organization says its members are not responsible for the global price spike. Adding insult to injury, Riyadh hinted at finally selling oil to China in yuan on March 15, which would have significant impacts on oil markets and the U.S. dollar.

Against this, it is reasonable to question these states’ intentions, especially against a sitting U.S. president and party less inclined to blindly support the autocratic actions of the two country’s leaders. Further, it is important to question why such partners cease cooperating when justifiable criticism arises. Is such a partnership viable? Indeed, with friends like these, it is hard to understand U.S. strategic thinking that wishes to balance overtly unequal, geopolitical relationships that struggle far too often to produce results in support of U.S. objectives.

To be sure, international relations entails working with good and bad actors at the expense of values—there is no way around such truths. But this reality does not require relationships to be one-sided to functionally achieve foreign policy objectives and basic values, as neither of these items exists in a vacuum. Rather, advancing U.S. interests requires accountability and boldness to use pressure against inherently bad actors. Riyadh and Abu Dhabi seem to understand this, whereas Washington has fallen behind.

Herein lies the issue at hand—for decades, Washington has given a free pass to so-called partners while sacrificing its capacity to seriously address global and regional issues when those partners make decisions that undermine U.S. priorities. Such a pass should not be guaranteed when the leaders of two strategic partners refuse to even hold a phone conversation during difficult times. Indeed, it is long past time for a course correction.

Washington should make clear to both countries that intransigence comes with an end of diplomatic cover for the war in Yemen. Further, it should remind its partners of the value of U.S. military assets to deter Iran as Washington rejoins the Joint Comprehensive Plan of Action (JCPOA), as they regularly argue that the deal will unleash regional chaos. Subsequently, Biden should threaten to freeze military arms deals to both countries immediately. Each of these decisions should have been made previously—now is the time to use them as leverage.

It should not be difficult to garner support that reduces the cost of fossil fuels, especially considering Riyadh’s cooperation during the First Gulf War. Following Iraq’s invasion of Kuwait, the Saudis were quick to fill the gap left from Iraq’s substantial oil production shortfalls, playing a huge role in stabilizing global oil prices. This can be repeated, albeit if opportunistic greed takes a backseat to basic conceptualizations of sovereignty, as outlined in MbS’ Atlantic interview, for Ukraine.

If this cannot be realized, Washington must act accordingly and finally rebalance one of its many inherently unbalanced relationships, likely producing the pressure necessary to force capitulation.