Is It Time for an Indo-Pacific NATO? 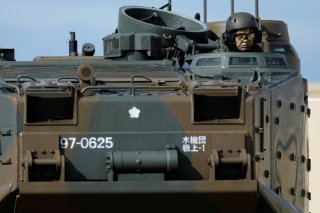 As exhibited at the latest NATO summit in Madrid, Russia’s invasion of Ukraine has elicited an impressive demonstration of Western unity and resolve vis-à-vis Moscow. The question now is: is enough being done to effectively address the threat from Beijing?

The Madrid summit marks a step in the right direction with the endorsement of a new NATO Strategic Concept that addresses, for the first time, the challenges posed by China. The summit also marked the participation of Japan, South Korea, Australia, and New Zealand in a NATO summit for the first time.

As encouraging as this step is, it is nowhere near enough to effectively address the threat from Beijing. The threat Beijing poses to the rules-based international order is arguably greater than that posed by Moscow. Today, China under Xi Jinping is economically more powerful and politically more repressive than Vladimir Putin’s Russia. Furthermore, with its rapid military buildup, expansionist ambitions in the South and East China Seas, and declared intention to achieve control over Taiwan by 2049, Beijing has been on a collision course with its Indo-Pacific neighbors and the West.

Although the threat Beijing poses to its Indo-Pacific neighbors and the rules-based international order is formidable, there is no NATO-like collective unity and resolve—let alone a NATO-like collective security organization—in the Indo-Pacific to deter China’s expansionism. China’s Indo-Pacific neighbors are divided among themselves, and some have yet to overcome historical antagonisms between themselves (consider, for example, the Japan-Korea conflict over history). Some lean towards Beijing, and some profess to stay neutral in the Beijing-Washington standoff.

The lack of Indo-Pacific unity and resolve vis-à-vis Beijing allows Beijing to play divide and conquer vis-à-vis its Indo-Pacific neighbors. Given the formidable threat from Beijing, the present system of bilateral alliances between Washington and individual Indo-Pacific nations is not sufficient, and a NATO-like collective security mechanism may be the most effective deterrent against Beijing’s ambitions. The time to start discussions in earnest on this vital topic is now, as the longer we wait, the more serious the threat from Beijing grows.

Impediments to establishing such a security mechanism are considerable. The aforementioned disunity and antagonism among China’s Indo-Pacific neighbors are notable hindrances. Concerns over Beijing’s retaliation—especially economic retaliation—are another. Logistical challenges of mounting an effective collective military response to Beijing’s provocations over thousands of nautical miles are yet another.

Despite the impediments, an effective collective security mechanism is likely the most powerful deterrent against Beijing’s expansionism. Beijing is unlikely to launch an unprovoked invasion of Taiwan or use force to settle territorial disputes with its Asian neighbors if it knows that, in doing so, it will meet the united military response of a multilateral alliance.

Another option is by establishing a new collective security organization in the Indo-Pacific (say, Indo-Pacific Treaty Organization) that collaborates with NATO. This may not have the added military firepower of the extra thirty European member states of the first option, but this may be politically easier to achieve since it avoids the additional complications that can come with thirty extra member states.

Whichever of the two options is followed, it will not be easy to establish such a mechanism, and, indeed, making progress may take a good while. However, China’s Indo-Pacific neighbors need to realize that a failure to do so may hasten the day when China is in control of the western Pacific with a new Beijing-dominated regional order. If China’s Asian neighbors do not want to be Beijing’s vassals and want to be treated with respect by Beijing, they will do well to realize that they are much more likely to enjoy such a status in Beijing’s eyes by being members of a powerful military alliance rather than as stand-alone states.

Jongsoo Lee is Senior Managing Director at Brock Securities and Center Associate at Harvard University’s Davis Center for Russian and Eurasian Studies. He is also Adjunct Fellow at the Hawaii-based Pacific Forum and Contributing Editor at The Diplomat. He can be followed on Twitter at @jameslee004.