It's Too Soon For America To Kill Its Grand Strategy 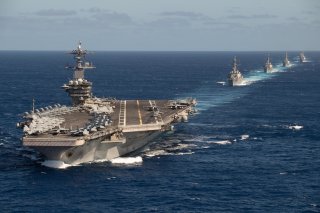 To paraphrase Mark Twain, rumors of the death of American grand strategy are, shall we say, grandly exaggerated. In an otherwise thought provoking and insightful recent essay, Daniel Drezner, Ronald Krebs and Randall Schweller nevertheless mistakenly argue that “grand strategy is dead,” and it should stay that way. “It is time to operate without one,” contend the three scholars, and instead rely on “decentralization and incrementalism,” as “smart corporations” are allegedly doing. This advice is not necessarily entirely wrong, but it is ultimately misleading and it greatly underestimates the benefits of grand strategy in the face of growing tensions in the international arena. As a matter of fact, the emergent strategy approach recommended by those authors is best used as a complement to grand strategy, not as a substitute for it, as I have shown at length in my recent book Emergent Strategy and Grand Strategy: How American Presidents Succeed in Foreign Policy.

Drezner, Krebs and Schweller conceptualize grand strategy narrowly as a “road map for how to match means and ends,” and subsequently based their critique on the impossibility of designing and implementing such a grand plan at this point in time. However, our understanding of grand strategy as a concept should be much broader than a specific plan to be implemented. The value of grand strategy mostly comes from setting objectives and prioritizing them, shaping US foreign policy choices in a coherent direction, and providing a useful way to explain Washington’s actions to domestic and foreign audiences.

As Yale historian John Lewis Gaddis showed in the most authoritative study of that era, the Cold-War era Containment, arguably the most successful U.S. grand strategy in history, was never one plan, but rather a broad and flexible framework guided by the ultimate goal of setting the conditions for the long-term defeat of the Soviet Union. Documents such as the Long Telegram, NSC-68 or NSDD-32 were useful distillations of the strategic principles in place during various times of the Cold War, but they were not detailed blueprints that determined future actions. Nor, for that matter, did they accurately predict the future of world politics, a forecasting limitation that Drezner, Krebs and Schweller claim makes grand strategy impossible. For example, the much praised NSC-68 expected the USSR to embark on an ideology-driven relentless quest for world domination and entirely missed the emerging fractures inside the communist bloc. The Containment grand strategy owed its success to a mix of planning and emergent adaptation, and the same must be true today.

The authors provide a number of good reasons for relying more on an emergent strategy approach, but they miss a fundamental weakness: the key to successful emergent strategizing is learning and adaptation. The problem today, as the authors themselves note in a different part of their article, is that learning from one’s mistakes and subsequently changing course is very hard to do due to heightened political polarization. Even in a less polarized environment, cognitive political psychologists have shown that political leaders are rarely able to admit mistakes and adapt successfully to the “feedback” from the external environment. One of the key roles of grand strategy is to provide a lodestar for the direction of the needed changes, and allow leaders to better evaluate if their actions are leading them towards their long-term objectives. Therefore, the danger of abandoning grand strategy and adopting a purely emergent approach based on decentralization and incrementalism is that successful learning and adaptation would be even less likely to occur in the absence of an overarching guiding framework.

Rather than “burying” grand strategy, scholars and analysts ought to better distinguish between theorizing about grand strategy (which can lead to unproductive “naval-gazing,” as the authors put it), and the actual study of the practice of grand strategy in order to determine how best to combine planning and emergent learning elements to arrive at policy successes. Both grand strategy and emergent strategy can lead to either good or bad outcomes. For example, the grand strategy of Containment led both to the fall of the Berlin Wall, but also the Vietnam War; similarly, Bush’s emergent and improvisational approach to the War in Afghanistan initially led to the overthrow of the Taliban in record time, but the lack of better long-term strategic planning hurt U.S. chances to accomplish its goals even two decades after the initial military success. The real challenge is to figure out the conditions when one approach should take precedence over the other, and how to combine elements of both in order to accomplish one’s most important strategic goals.

At the beginning of the Trump administration, a plausible argument could have been made that emergent strategy is likely to suit the style of this administration better than grand strategy. Three years into this presidency, however, the accumulating evidence makes it very hard to keep holding on to that view. Some of the most warranted criticisms against the Trump administration’s foreign policy can be traced back to the ad-hocism, self-contradictions, incoherence, and inconsistency that a grand strategy is supposed to guard against or at least mitigate. And needless to say, not much learning or successful adaptation and improvisation occurred either. On the other hand, some of the most strategically sound policy decisions of the administration, like the prioritizations of great power competition over terrorism and of the Asia-Pacific over the Middle East, came out of traditional grand strategic planning efforts at the White House and the Pentagon.

In the face of not only renewed great power competition from Beijing and Moscow, but also of truly a witch’s brew mix of COVID-19 induced global economic and political turmoil, climate change, and continuing transnational threats from terrorism and nuclear proliferation, Washington’s strategic performance is certainly in need of improvement. Abandoning the practice of grand strategy, however, will not only help with the adoption and implementation of better foreign policies, but it is quite likely it will actually lead to even worse outcomes. Having said that, neither is a mindless adoption of the precepts of a grand strategic planning model the key to success. Adaptation, learning and improvisation are well suited to today’s complex environment, so a little more focus on emergent strategy is certainly warranted. Grand strategy and emergent strategy work best in tandem, and the US foreign policy community is at its best when it combines the virtues of long-range planning with the agility of short-term adaptations.

Dr. Ionut Popescu is Assistant Professor of Political Science at Texas State University and an Officer in the U.S. Navy Reserve.