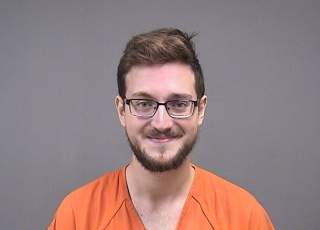 The 20-year-old white nationalist who plotted to attack a local Jewish Community Center in Ohio has been charged with transmitting threatening communications via interstate commerce — with additional charges likely incoming over the next few weeks.

James Reardon Jr., a self-described white nationalist who attended the deadly 2017 Unite the Right rally in Charlottesville, Virginia, was taken into custody earlier in August after police in New Middletown, Ohio, were alerted to his social media activity. It included an Instagram video of Reardon shooting a semi-automatic rifle with the caption “Police identified the Youngstown Jewish Family Community Center as local white nationalist Seamus O’Reardon.”

When police and the FBI raided Reardon’s house, they found two AR-15-style rifles, ammunition, a gas mask, and body armor.

“This is a person that has declared himself as a white nationalist,” New Middletown Police Chief Vincent D’Egidio said at the time. “With the hate crimes and everything else going on, we wanted to make sure we do our part to make sure this person was taken off the streets very quickly.”

In announcing the charges on Thursday, Justin Herdman, the U.S. attorney for the Northern District of Ohio, used the opportunity to deliver a stinging rebuke of the white nationalist ideology to which Reardon and others subscribe.

“Now, let me speak generally to those who are advocates for white supremacy or white nationalism. I am talking directly to you,” Herdman said. “The Constitution protects your right to speak, your right to think and your right to believe. If you want to waste the blessings of liberty by going down a path of hatred and failed ideologies, that is your choice….

“Your right to free speech does not automatically mean that people will agree with you. In fact, you have a God-given and inalienable right to be on the losing end of this argument,” he continued. “What you don’t have, though, is the right to take out your frustration and failure in the political arena by resorting to violence. You don’t have any right to threaten the lives and well-being of our neighbors….

“Threatening to kill Jewish people. Gunning down innocent Latinos on a weekend shopping trip. Planning and plotting to perpetrate murders in the name of a nonsense racial theory. Sitting to pray with God-fearing people who you execute moments later. Those actions don’t make you soldiers. They make you cowards. Law enforcement does not go to war with cowards who break the law. We arrest them and send them to prison.”

On the same day as Herdman made his statement, the U.S. attorney’s office in Ohio also announced guilty pleas for a pair who had plotted to carry out a mass shooting at a bar in Toledo. Elizabeth Lecron and co-conspirator Vincent Armstrong had for almost a year plotted to use guns and improvised explosives to carry out an attack. The two reportedly were obsessed with the Columbine shooters as well as the white supremacist mass murderer Dylann Roof, who slaughtered nine people in a predominantly black church in Charleston, South Carolina, in 2015.

In the wake of the shootings in El Paso, Texas, and Dayton, Ohio, earlier this month, FBI Director Christopher Wray ordered the agency to conduct its own threat assessments to help local law enforcement identify potential mass shooters and prevent similar kinds of attacks by far-right extremists. At least a dozen people have been arrested over the last month for making threats against people, ranging from fellow classmates to religious or racial minorities.

Luke Barnes covers politics and the far right. He previously worked at MailOnline in the U.K., where he was sent to cover Belfast, Northern Ireland and Glasgow, Scotland. He graduated in 2015 from Columbia University with a degree in Political Science. He has also interned at Talking Points Memo, the Santa Cruz Sentinel, and Narratively.

This story was originally published by ThinkProgress.