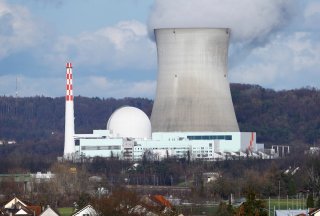 Japanese prime minister Fumio Kishida announced on Wednesday that his government would pursue the construction of new nuclear reactors and would reconsider plans to decommission several older ones. This marks a substantial change from previous governments which had sought to phase out nuclear energy after the catastrophic meltdown at Japan’s Fukushima Dai-ichi nuclear plant in 2011.

Kishida indicated in his statement that the new plants would be smaller than those currently operating. The new plants will be safer to operate than the current ones which were mostly built during the 1960s and 1970s.

The change in policy—after years of official claims from Tokyo that it would not build new plants or extend the lives of the aging existing reactors—has likely been prompted by soaring energy costs in the wake of Russia’s invasion of Ukraine, which led to rapid increases in the price of hydrocarbons and other commodities. It also comes as Japan has sought to meet its target of achieving carbon neutrality by 2050, requiring it to decrease fossil fuel consumption and increase its use of green energy. Kishida claimed in his remarks on Wednesday that the return to nuclear power would come as part of a broader “green transformation” of Japanese society.

“In order to overcome our imminent crisis of a power supply crunch, we must take our utmost steps to mobilize all possible policies in the coming years and prepare for any emergency,” the prime minister said. He added that the new group of power plants would consist of “new, innovative reactors designed with new safety mechanisms” to prevent another Fukushima incident.

Following the Fukushima accident—prompted by an earthquake and tsunami that struck a wide area in eastern Japan, damaging the plant’s cooling systems and causing a meltdown in three separate reactors—most of Japan’s power plants were taken offline for safety checks under a new set of standards intended to protect against a second meltdown. In the years following the incident, more than twenty Japanese reactors have been slated for decommissioning, owing in large part to the high cost of safety upgrades and continued maintenance. Japan now has thirty-three “workable” reactors but only ten have been returned to full operation, although another seven have been approved for use. Of the ten in active use, three are currently offline for regular maintenance.

Kishida indicated in his remarks that the government would have nine reactors prepared by the winter to meet the increased energy demand from the cold and would have the other seven in use by the summer of 2023.