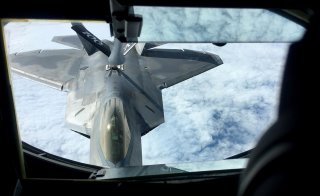 The Japanese Defense Ministry has announced plans to acquire a long-range standoff (LRSO) missile with a range of about 500 kilometers for use with its F-35 Lightning II stealth fighters. The missile would allow fighter pilots to attack targets from outside the range of enemy missiles, and the acquisition is reportedly in line with the country's medium-term defense buildup program for fiscal 2019-2023.

The Japan Times reported that the new standoff missiles are expected to have the longest range among the Japanese Self-Defense Forces' current systems. The JSDF reportedly plans to acquire Norway's Joint Strike Missile (JSM) anti-surface and anti-ship missiles. The development of the platform has been completed and delivery is slated for mid-March 2022. The LRSO JSM can be mounted inside the body of the F-35, which could enable the fifth-generation advanced stealth aircraft to conduct air-surface warfare (ASuW) operations.

The Japanese ministry has also considered utilizing Lockheed Martin's LRASM or JASSM missiles, which each have a range of about 900km. Lockheed Martin is also the manufacturer of the F-35.

As Forbes.com reported, the LRASM and JASSm are too big to fit in the F-35's internal bomb bay, and while the aircraft can carry a variety of weapons under its belly and wings but that significantly compromises the aircraft's stealth capabilities. Currently, the JSM is the only fifth-generation cruise missile that can be launched from the internal weapons bay.

Japan is Arming Up

In June, the U.S. State Department approved the planned military sale of 105 F-35 fighters and related equipment in a deal reported to be around $23.1billion to allow Japan to strengthen its naval strike capabilities. This included 63 F-35As, the traditional version of the Joint Strike Fighter, and 42 F-35Bs, the short-takeoff and vertical-landing (STOVL) for use on Japanese aircraft carriers.

This latest purchase of the advanced aircraft is the second-largest sale of the U.S. military equipment since the country approved the sale of 84 F-35 fighters, missiles and other equipment to Saudi Arabia for $29.4 billion in 2010.

While the purchase of the aircraft hasn't been seen as an issue with Article 9 of Japan's constitution, which was imposed by the United States after World War II, the missiles could be another matter. Article 9, which has never been revised, is traditionally is interpreted to bar offensive weapons such as standoff missiles. However, as the island nation faces threats from North Korean ballistic missiles as well as a growing peril from the Chinese Navy, it could see a need for a more powerful deterrent.

Prime Minister Shinzo Abe has decided to introduce the missiles without actually holding proper discussions on whether possessing them is in fact consistent with Japan's defense-only security policy. As the Japan Times noted, ASDF fighter jets flying out of bases in Chitose, Misawa, Komatsu, Tsuiki or Naha will be able to fire missiles capable of reaching North Korea, China or Russia.

The combination of stealth fighter armed with such weapons could be that powerful deterrent that the JSDF desires to have, but it could be one that could raise alarms as far away as Moscow. Russia and Chinese naval bases would be within range of the aircraft – and Japan has history of conducting surprise attacks against both nations. Future Japanese governments may face questions as to whether such longer-range missiles are actually in the scope of the minimum necessary capacity needed for self-defense or whether such weapons give Japan an offensive weapon that Article 9 was meant to ban.