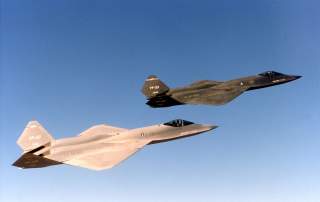 Three decades later, the Black Widow and Raptor may be pitted against each other in a second competition.

(This first appeared back in September of last year.)

Sébastien Roblin holds a master’s degree in conflict resolution from Georgetown University and served as a university instructor for the Peace Corps in China. He has also worked in education, editing and refugee resettlement in France and the United States. He currently writes on security and military history for War Is Boring