This Is Japan's Plan to Hunt and Kill Chinese Submarines 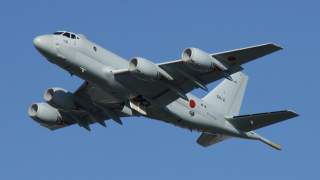