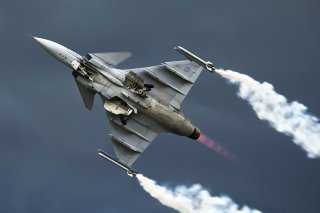 Here's What You Need To Remember: The F-35A is rumored to be favored as it’s truly a next-generation aircraft and has a growing European user community (especially following the Polish purchase). But it does come at a higher cost, and seeing how the Polish deal did not include weapons, the overall cost of an F-35A purchase may be significantly higher than the Saab or Boeing bundles.