Joe Biden Could Have Saved Afghanistan 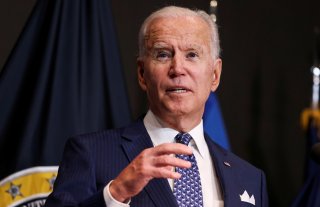 In 2011, in accordance with a Status of Forces Agreement negotiated by the George W. Bush administration, President Barack Obama withdrew U.S. troops from Iraq.

At the time, the war’s few remaining advocates pushed for Obama to negotiate an extension to the agreement, allowing U.S. forces to remain for a longer period of time. Obama demurred. A combination of the 2007 “surge” of U.S. troops and the influence of the “Sunni Awakening” movement, in which Iraq’s western tribes came together to oppose the insurgency, had buried the nascent Islamic State of Iraq and restored a period of relative calm. While tensions remained between the Sunni minority and the Shi’a-dominated government, Baghdad maintained essentially unchallenged control over the country’s territory for the first time since the 2003 invasion. For the past seven years, it had been a seemingly inescapable quagmire. With the Status of Forces Agreement, Bush presented Obama with a chance to exit at an opportune time, and Obama took it.

“Iraq is not a perfect place,” Obama admitted during the withdrawal. “It has many challenges ahead. But we’re leaving behind a sovereign, stable and self-reliant Iraq, with a representative government that was elected by its people.”

Over the next two years, the “sovereign, stable, and self-reliant” country fell apart. The protests of the Arab Spring weakened the central government; the Shi’a administration of Nouri al-Maliki continued to oppress the country’s Sunnis, extinguishing the Awakening movement; and the sectarian civil war in neighboring Syria gave a second wind to the insurgency, whose surviving leadership formed the core of the better-known Islamic State (ISIL).

In the summer of 2014, then-Vice President Joe Biden watched from the Oval Office as the U.S.-equipped Iraqi Army collapsed in the face of ISIL militants that it routinely outnumbered fifteen-to-one. The ensuing carnage, broadcast around the world by the terror group’s social media-savvy zealots, ultimately brought about a return of U.S. troops to the country. Although they are now being withdrawn, there is little doubt that, with the benefit of another decade of training and advice, Iraq’s military is far better equipped to defend itself. The country as a whole is also better off for America’s return; civilian deaths in Iraq today are the lowest they have been since the 2003 invasion.

Obama had a compelling list of reasons to leave Iraq in 2011. The war was highly unpopular in the United States. As the scheduled withdrawal approached, Iraq enjoyed a period of relative stability. Most importantly, the United States was obliged to leave by the bilateral agreement it had signed in 2008. Obama’s decision had its critics, but it was based on optimism, respect for America’s commitments, and hope for Iraq’s independent future.

None of this can be said of Afghanistan, or of Biden’s disastrous April decision to withdraw U.S. forces from the country by September. The war, while not explicitly popular, never engendered the same level of controversy and opposition as America’s invasion of Iraq did. Before Biden’s announcement of the withdrawal, the situation in Afghanistan was actively deteriorating. Unlike in Iraq, where the Maliki government blithely showed Obama the door, the administration of Afghan president Ashraf Ghani actively encouraged Biden to stay. To the extent that the United States had an obligation to leave Afghanistan, it was based on the February 2020 agreement that the Taliban negotiated with the United States—an agreement that the militant group began to openly violate before the ink had dried.

Consequently, Biden’s commitment to withdraw the U.S. from Afghanistan provoked vigorous opposition from experts and commentators in Kabul and Washington. The president’s detractors noted that, while he touted the number strength of the Afghan security forces in his remarks, his administration had been no more successful in addressing the corruption and morale problems that sapped the security forces’ ability to fight than his predecessors had. Some also pointed out the poor timing of the move: the April decision to pull U.S. troops from Afghanistan coincided with the beginning of the country’s traditional fighting season, in which hostilities resumed after a winter lull in previous years.

Most damningly, Biden never claimed that Afghanistan was “sovereign, stable, and self-reliant,” and never pretended that the Afghan government was prepared to take on the Taliban alone. The president simply decided that, after twenty years with no end in sight, it was time to leave, despite the concerns of generals and study groups which warned that an immediate U.S. withdrawal could cause the government to fall to the Taliban.

And fall it has. So far, more than eighteen of Afghanistan’s thirty-four provincial capitals, and sixteen of its provinces, have fallen to the group, as have Kabul, the nation’s capital, and Kandahar and Herat, its second- and third-largest cities. The Taliban now controls outright more than two-thirds of the country, including virtually all of the north, south, and west. The Afghan government has essentially ceased to exist; President Ghani has fled the country, and the remaining Afghan security forces are surrendering en masse. To the extent that there are any areas in Afghanistan that the Taliban does not yet control, they consist only of small patches of land in the country’s center and east – and in the absence of the central government, these areas are sure to give up as quickly as the militant group can arrive. It took Iraq two and a half years to collapse. In Afghanistan, the time elapsed from the first provincial capital’s surrender to the fall of Kabul was less than two and a half weeks.

Fundamentally, Biden’s decision to abandon Afghanistan was brought about by exhaustion. The president himself acknowledged that, while the conditions for his withdrawal were not ideal, there would never be a correct time: “‘Not now’—that’s how we got here.” In other words, Biden argued, the U.S. could never win, so the correct course of action was to cut America’s losses and leave post haste.

This frustration is easy to understand. As the War in Afghanistan entered its twentieth year, the U.S. had remarkably little to show for the thousands of lives and trillions of dollars it has poured into the country. Biden’s predecessors in the Oval Office employed a variety of approaches to solving the Afghan government’s problems and defeating the Taliban, and nothing worked. So Biden tried one final idea: pulling out and telling the Afghan government that it was time to sink or swim.

After it became clear that the Afghan government was sinking, however, Biden was faced with a choice: letting it go under, or making an effort to rescue it.

Biden chose the wrong option. The president’s decision to do nothing in the face of the Taliban’s advance, even after the inevitable result of U.S. inaction became clear, was as astonishing as it would have been if President Obama had coldly told Baghdad to fend for itself in the summer of 2014. The Taliban is not ISIL, but they are not altogether different; the restoration of their rule will prove catastrophic, both from a moral standpoint and from a security perspective. Setting aside the worst human implications of a Taliban takeover, the group’s overt and unyielding ties to Al-Qaeda will give the terrorist group an enduring sanctuary from which to plan further attacks against the United States.

Biden made this point in his speech announcing the withdrawal: “Our presence in Afghanistan should be focused on the reason we went in the first place: to ensure Afghanistan would not be used as a base from which to attack our homeland again.  We did that.  We accomplished that objective.” Now that the Taliban has taken over Afghanistan, America’s accomplishment in this regard is likely to be undone overnight. If it is a near-certainty that America will need to intervene in the future to target Al-Qaeda and roll back the Taliban, it would have been far easier to do so prior to Kabul’s fall, when the Afghan security forces were still largely intact within the city itself, than it will be now that the government has been defeated in detail.

In 2014, as ISIL rampaged through western and central Iraq, Obama dispatched thousands of U.S. troops to Iraq to train and advise the Iraqi Army, which remained cohesive in Baghdad even as it disintegrated elsewhere. Though Biden firmly ruled out such a course in Afghanistan, there were other actions that the administration could have taken to support the Afghan security forces—for instance, resuming and escalating its airstrikes on Taliban targets, which dropped precipitously during the U.S. withdrawal, in order to slow the group’s advance and restore psychological confidence in the country’s defenders.

Now the opportunity has passed. The country belongs to the Taliban, and the near-certain result is disaster. To say nothing of the thousands of reprisal killings that will follow their consolidation of power, and then a return to life as it was in the 1990s—music banned, girls’ schools closed, and public executions in soccer stadiums—the group has little to no experience in actually running a country. If its past misrule was any indication, Taliban officials will ignore their bureaucratic duties, and the country’s economy will enter freefall. More ominously, four-fifths of the Ghani administration’s budget was provided by the United States, which clearly will not underwrite the Taliban in the same way. To fund the difference, the group will likely turn to a traditional source of revenue: poppy cultivation in the country’s south, legitimizing Afghanistan’s transformation into the world’s premier narco-state.