Just How Bad a South China Sea War Could Get 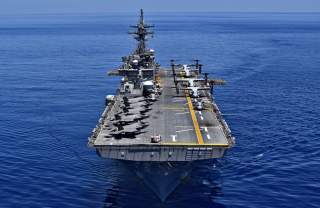