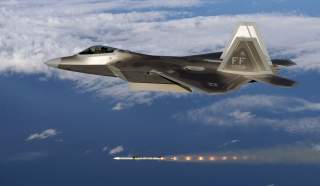 The Navy didn’t escape criticism. “Although the Navy has put significant effort into investigating the physiologic episodes, the bulk of their efforts to date have been directed to the aircraft rather than human physiology,” NASA engineer Clinton Cragg told the subcommittee. OBOGS require “uniform operating conditions” that a supersonic and highly-maneuverable jet “rarely provides,” he added. The service has focused too much on looking for a mechanical fix for a human problem.

“There has been a breakdown of trust in leadership within the pilot community,” NASA saidin its September report directed by Cragg. “This has been precipitated by the failure to find a definitive cause for the [Physiological Episodes], the implementation of ‘fixes’ that do not appear to work…and the belief that Navy leadership is not doing enough to resolve the issue.”

None of this is to argue against cutting-edge military technology. But it should serve as a wakeup call that some nascent technologies aren’t ready for prime time, and shouldn’t be used to turn the U.S. military’s highly-trained pilots (it costs $11 million to train a fighter-jet jockey) into guinea pigs.

You’d be forgiven for thinking OBOGS are ideal if you only relied on the folks who build them. The systems generate “an unlimited supply of pilot breathing gas” and permit “the aircraft to be forward deployed during combat/other missions,” Honeywell, a leading maker, raves. Not only that: its design means “the pilot is not susceptible to smoke and fumes from the cockpit” and produces life-giving air that is “free from contamination.”

The available evidence suggests otherwise. Of course, when pulling Gs at 30,000 feet, the line between breathing and hubris can get pretty thin.

This article originally appeared on the Project on Government Oversight.