K2 Black Panther: The Most Expensive Tank in the World 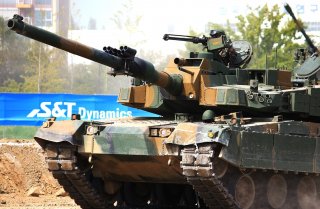