Kabul is the Latest Capital to Face a Siege 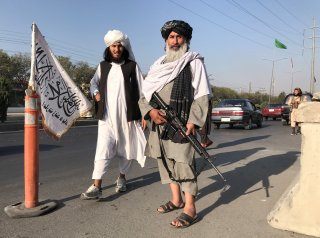 The Afghan capital city of Kabul was on the verge of collapse as President Ashraf Ghani fled the country on Sunday. Soon after Taliban forces had entered the outskirts of the city, Afghan security forces had turned over Bagram Air Base to the insurgent force.

Around the world, the swift fall of Afghanistan to the Taliban was condemned—and many comparisons were made to the fall of Saigon in 1975. That event marked the end of the Vietnam War and began the start of a formal reunification of Vietnam.

There were marked contrasts though. The North Vietnamese victory came in part from its sizeable advantage—with some 120,000 troops facing just over 30,000 defenders. In Afghanistan, the security forces had not just the numbers, but also tanks, helicopters and other aircraft. It could be described as the worst defeat of a modern army by a largely untrained and under-equipped force since the Portuguese were driven from Africa in the 1970s.

However, the fall of Kabul is just the latest national capital to fall in wartime. There have been other notable examples of capital cities facing far longer prolonged sieges—only to succumb in the end.

The Ottoman capture of Constantinople in May 1453 marked the end of the Byzantine Empire, which, at that point, accounted for little more than the city. It wasn’t the first great empire capital to fall—and it wasn’t even the first time the city had been captured or sacked.

However, the conquest of the great city has largely been used to mark the end of the Medieval Period, as its once great walls proved no match in the age of gunpowder. The fall of the city saw the rise of the Ottoman Empire, which took the city as its capital. While the exact number of Ottoman causalities is believed to be heavy, some thirty thousand Byzantine defenders faced slavery. For them, the capture of the city was truly the end of their world.

An interesting fact about the American Civil War is that Washington, DC and Richmond are just ninety-five miles apart yet neither side came all that close to seriously threatening the two seats of government until the Richmond-Petersburg campaign began in June 1864. It proved to be a portent of the terrible conflicts to come, as the campaign consisted of nine months of trench warfare as the Union forces under Lt. Gen. Ulysses S. Grant assaulted Petersburg unsuccessfully.

Only after Confederate Gen. Robert E. Lee abandoned both cities in April 1865, leading to his retreat and eventual surrender, were Union forces finally able to march into victory—taking the capital of the Confederate States of America.

The French capital of Paris has endured seven sieges, beginning with a Viking siege in the ninth century. But it was arguably the great siege of 1870–71 that was most devastating for the City of Lights. Lasting from September 19, 1870, until January 28, 1871, the siege began after the defeat and abdication of the French Emperor Napoleon III. While the French attempted to hold out, after four months the city finally surrendered.

Just before the city finally fell, Wilhelm I, King of Prussia, was proclaimed German Emperor at the Palace of Versailles—setting the stage for another, evenly more deadly war. However, as German forces remained outside the city as the peace terms were being worked out, Parisian workers and members of the National Guard, which had been raised to defend the city, rose up and established the Paris Commune. The radical socialist government was short-lived and was forcibly put down by the French Army of the Third Republic.

The Reich that was to last one thousand years was utterly annihilated in April 1945 as the German capital of Berlin was taken by the Soviet Red Army. The Battle of Berlin was the last major of the offenses of the European theater of World War II.

To the Nazi faithful it was Götterdämmerung—Twilight of the Gods—come alive. The finally from Richard Wagner’s opera had even been performed in the final concert of the Berlin Philharmonic under the rule of the Third Reich just days before the battle for the capital city began. It was the largest battle on German soil and both sides suffered heavy losses. On April 30, Adolf Hitler committed suicide within days the Reich was no more. Berlin soon became a divided city, only reunified in 1989. The scars of the battle can still be seen today.

Not every siege in history has ended with the city’s fall. In February 1996, the siege of Sarajevo, the capital of Bosnia and Herzegovina, was lifted after nearly three years and eleven months—three times longer than the Battle of Stalingrad and even a year longer than the siege of Leningrad.

It was the longest siege of a capital city in the history of modern warfare and began when the forces of the Yugoslav People’s Army attacked the city. After Serbian forces were driven back, the city’s heating, electricity and water supplies were restored. Finally, in October of 1995, the Dayton Agreement brought peace to the country.

Sadly, even if the Taliban quickly take the city, it is unlikely the stability that exists in Sarajevo—or Berlin, Richmond, Paris and Istanbul (formerly Constantinople)—will return soon, if ever.