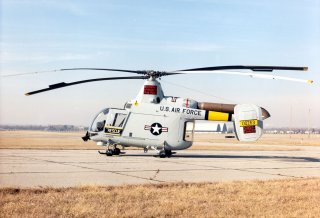 Image: The Museum of the U.S. Air Force