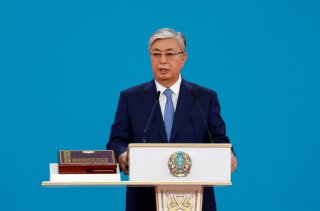 Kazakhstan's president, Kassym-Jomart Tokayev, announced on Wednesday that the country's presidential election would be scheduled for November 20, nearly two years before their previously scheduled date of December 2024.

After the passing of a series of constitutional reforms intended to stabilize the country in the wake of the “Bloody January” riots, the next elected president’s term will be seven years instead of five. Although an opponent could in theory defeat Tokayev for the presidency in November, and the country’s small political opposition parties are expected to field candidates, he is almost certain to be re-elected, as he has maintained the support of Kazakhstan’s dominant Amanat political party despite his nominal independence. Tokayev’s constitutional reforms have also polled well among Kazakh citizens, particularly his efforts to raise the country’s minimum wage and reduce the costs of education and home ownership.

The second president of Kazakhstan following its independence from the Soviet Union, Tokayev succeeded Nursultan Nazarbayev, who ruled the country from 1990 until 2019. During his tenure, Nazarbayev established a cult of personality around himself; in 2010, he was granted the title Elbasy, or Father of the Nation, and after his resignation, the capital city was renamed from Astana to Nur-Sultan in his honor. After his resignation, Nazarbayev transferred power to Tokayev, the then-prime minister. Although Tokayev initially pledged to continue Nazarbayev’s policies, he slowly diverged from them in his first years, implementing political and economic reforms and attempting to lessen Nazarbayev’s influence at the head of Kazakhstan’s powerful National Security Council.

Following the unrest in January—ostensibly over rising fuel prices, but framed by many commentators as a reaction against corruption during the Nazarbayev era—Tokayev removed Nazarbayev from the National Security Council, stripped him of the Elbasy title, and reverted the capital to its original name. A number of the former leader’s relatives have also lost government jobs since January, and several businessmen with close ties to his government have been subjected to corruption investigations.

Prior to the unrest in January, Kazakhstan had been widely perceived as one of the most stable countries in Central Asia. However, the January unrest resulted in more than 200 deaths, including nineteen members of the country’s security forces. The protests were ultimately put down after a Russian-led military intervention by the Collective Security Treaty Organization (CSTO), a military alliance sometimes described as the “Eurasian NATO.”