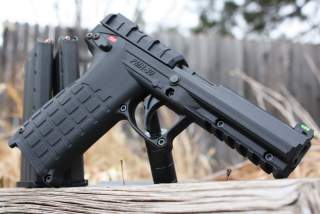 Key point: Every gun does not need to be an expert killer.