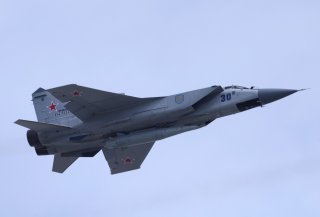 Days after an agreement between Russia and Ukraine allowing Kyiv to safely export grain across the Russian-controlled Black Sea—immediately followed by a Russian bombing of Odesa, Ukraine’s largest port—Russian foreign minister Sergey Lavrov vowed that the agreement would not prevent Moscow from bombing “military targets” in or near Ukrainian ports, drawing the future of the recently-freed exports into question.

Speaking in the Republic of the Congo during his tour of Africa, Lavrov added that the Russian bombings “should not affect” Ukraine’s grain exports, as previous strikes on Odesa had targeted “the military part of the port,” which he claimed was a “considerable distance” from the grain terminal. The foreign minister also denied that the agreement over grain exports was an indicator of a broader ceasefire effort, noting that there was “nothing in the obligations…that would forbid us from continuing the special military operation,” using Russia’s preferred euphemism for its invasion of Ukraine.

Although the Ukrainian government reacted with hostility to the bombing of Odesa, claiming that it displayed Russia’s perfidy in negotiating the agreement, it added that the first grain exports would leave the port within the week.

“Our position is very simple,” Ukrainian infrastructure minister Oleksandr Kubrakov, who helped to lead Ukraine’s negotiations with the Kremlin in Istanbul, said. “We have signed an agreement with the UN and Turkey. If the side guarantees security, the agreement will work. If they do not, it will not work.”

Earlier in the week, during his visit to Egypt, Lavrov admitted during a televised interview that Russia sought to overthrow Zelensky’s government, accusing Kyiv of being an “absolutely unacceptable regime” and “absolutely anti-people and anti-historical.” The Russian foreign minister added that the decision to overthrow Zelensky would be fundamentally made by the Ukrainians themselves but would receive assistance from Russia’s military. These comments promoting regime change contradict an earlier position he took in April, in which he insisted that the “special military operation” had not targeted Zelensky and that only Ukrainians could remove him from power through legitimate means.

The Russian foreign minister’s visit to Africa comes as the Kremlin has sought to reassure several African nations that food from the conflict zone would continue to be delivered. An estimated one-third of the global wheat supply originates from Russia and Ukraine, and the war has sharply disrupted those exports, leading to concerns of widespread starvation in Africa that Russian officials have sought to push back against.