Lebanon, America, and the Courage of Fouad Ajami 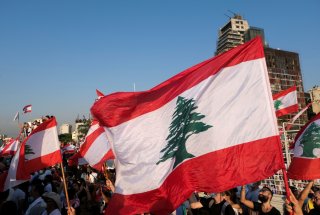 Reading Fouad Ajami’s posthumous memoir, When Magic Failed, was like reading my own life story. Both Ajami and I hail from Shia families who moved from a homogeneous countryside to cosmopolitan Beirut. My journey to Beirut took a bit longer—my father hailed from Iraq, and we fled the repression of Saddam Hussein’s Baathist regime in the 1980s to my mother’s country, Lebanon.

Ajami and I attended the same Beirut prep school and later migrated to the United States. During our time in our ancestral homeland, we learned the same lesson: Arab failure was from within. It was not the fault of imperialism, colonialism, or even Zionism. For Ajami, the price of dissent was often vilification, in particular the accusation that he was a self-hating Arab.

Ajami was born in 1945, three decades before I was. For both of us, the seeds of unconventional thinking were sown at International College, an American missionary school that—unlike traditional Arab ones—taught students how to reason for themselves. Thinking independently alienated us from the conservative society we lived in.

Estranged within his homeland, Ajami emigrated to the United States at the age of eighteen. In America, Ajami earned a Ph.D. in political science, then taught at Princeton in the 1970s before moving to Johns Hopkins’ School of Advanced International Studies in Washington, DC. Over the span of three decades, Ajami advised U.S. presidents on foreign policy, testified at dozens of Congressional hearings, published in leading journals, and went on primetime TV to make the case that America should spread its founding principles of liberty and democracy throughout the world.

For me, it would take a decade after high school before I emigrated. I attended the American University of Beirut (AUB), a school that “ unintentionally, taught revolution,” in the words of British intelligence officer T.E. Lawrence (a.k.a. Lawrence of Arabia) as quoted by Ajami. I then became a journalist, working at The Daily Star, Lebanon’s oldest English-language newspaper.

At the time, I subscribed to Arab nationalism. The late Palestinian-American academic Edward Said was my hero. He taught a generation of scholars that “orientalism”—the patronizing Western belief in Arab inferiority—was the midwife of imperialism and the ultimate author of Middle Eastern misfortunes.

Then something unusual happened. The United States prepared to invade Iraq, promising democratic self-government to its people. Meanwhile, Said and an overwhelming majority of Arab intellectuals portrayed Saddam Hussein as a victim of Yankee aggression.

In general, Said and his fellow travelers had few qualms about “armed resistance” to imperial oppressors. They lionized Palestinian resistance above all, yet had sympathy for the dictator who had forced my family out of Iraq. Thus, I saw the ugly face of Arab nationalism.

In America, both Ajami and I became citizens. Arab elites watched Ajami on TV, who gave tips on how to best safeguard American national interests while helping to modernize the Arab world. Many Arabs vilified Ajami, depicting him as a self-hating Arab. Said accused Ajami of having “unmistakably racist prescriptions.”

But neither Ajami nor I were ever self-hating Arabs. Ajami loved Arab culture—the language, poetry, music, and cuisine. My children, born and raised in the United States, are fluent Arabic speakers. For both of us, cultural pride never interfered with American patriotism. What’s more, exporting to our ancestral homelands the Enlightenment ideas upon which this republic was founded is not an act of betrayal, except in the eyes of the so-called nationalists who only blame others for decades of political dysfunction across the Arab world.

In his memoir, Ajami reminisced about his childhood in his southern Lebanese village of Arnoun, and later years in Beirut. He described growing up in a society that publicly maintained a facade of virtue but secretly lived a life of vice. Some of this vice he saw first-hand.

The title of Ajami’s memoir, When Magic Failed, describes two family traumas. In 1942, Ajami’s father, Ali, married his mother, Bahija Abdullah, a divorced mother of three several years his senior. After the couple had their first son, Riad, the father started courting another woman. To lure him back, Bahija conceived and gave birth to Fouad. But Fouad, her magic, failed to save their marriage and his father left.

The book describes another failure: Lebanon. “Clerics of the rival sects prohibited any original thoughts, anything beyond the strictures they sanctified,” Ajami wrote. He recounted how the Lebanese prime minister “with the carnation in his lapel and his ever-present cigar,” Saeb Salam, “asked men not to dream” of a better future.

This was the Lebanon that Ajami grew up in. It suffered from the same pathologies while I lived there. While Ajami taught at Princeton and Johns Hopkins, the country immolated itself in a fifteen-year civil war. A remarkable recovery followed, yet corruption brought on a financial implosion in 2019 that erased decades of growth. The country’s dominant political force is the terrorist group Hezbollah. Ajami died in 2014, just shy of his seventieth birthday, but saw more than enough of Lebanese history to know that foreigners are not to blame for its travails.

Ajami was born and raised an Arab but chose to abandon a world that failed him. In contrast, Edward Said “chose” his Arab identity at age thirty and then made a career out of teaching others to blame foreigners. In his introduction to the Arabic translation of his memoir, Out of Place, Said recounts how he was born American in a Jerusalem household where everyone spoke English. He attended high school and college in the United States and later hired a top linguist to teach him Arabic. This is the man who told America that Westerners cannot understand his Arab world and that it should listen to him when making its foreign policy, not natives like Ajami.

As Ajami freed himself from the Arab shackles through free and independent thinking, he tried to understand one more country that the Arabs had turned into a bogeyman: Israel.

While not in the book, a student of Ajami quoted his teacher’s impression after a trip to Israel. “I didn’t know Hebrew; there was only so much of Israeli life that was accessible to me,” Ajami said, adding: “But the culture of universities [and] intellectual debates would soon strip me of the nervousness with which I had initially approached the place.”

Ajami concluded: “The Palestinian story was not mine. [I] wanted to understand and interpret Arab society without the great alibi that Israel had become for every Arab failing under the sun.”

For his courage to think independently, and for his honesty and bluntness in tackling Arab failure, Ajami became the guiding light for many Arab thinkers after him, such as Egyptian Samuel Tadros, Lebanese Emile Hokayem, and Syrian Ammar Abdul-Hamid. Ajami’s posthumous memoir was his last hurrah, a gift to those who wish he were still here to pierce the intellectual fog that distorts America’s understanding of the Arab world.

Hussain Abdul-Hussain is a research fellow at the Foundation for Defense of Democracies (FDD), a Washington, DC-based, nonpartisan research institute focusing on national security and foreign policy. Follow Hussain on Twitter @hahussain