Les Gelb Was Right: America Has Not Used Its Power Well Since The Cold War 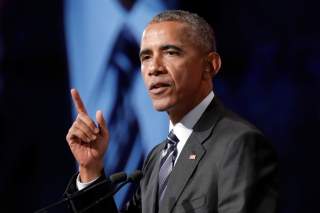 Les Gelb taught us that “[power] is neither hard nor soft nor smart nor dumb. Only you can be hard, soft, smart, or dumb.” Power is about getting someone to do something they don’t want to do, by applying carrots and sticks to induce or compel them to recalculate their interests in the direction you want them to act. Indeed, Les described soft power as “a contradiction in terms. Power is not a soft thing.”

Still, Les also recognized that “persuasion, understanding, leadership, morals [are] all good,” and ought to be used. When deployed correctly, these qualities and instruments add up to what he called “stage-setting” or “scene-setting power”—the mood music of international relations that could help reduce resistance to the exercise of real power.

However, many presidents have misunderstood what stage-setting power can actually achieve. Barack Obama and Donald Trump—two presidents who couldn’t be more different in policies and personalities—at times shared a misplaced faith in scene-setting power.

Obama endorsed positive scene-setting, proclaiming a “new beginning” with the Muslim world in a grand, sweeping June 2009 speech designed to communicate to Muslims that the United States did not equate Islam with terrorism. He also advocated a strategy of “engagement,” a determination to open up relationships with foreign adversaries and talk directly with foreign regimes the U.S. government had ignored for decades.

However, Obama soon learned that scene-setting alone did not suffice. He was unable to follow up his new approach to the Muslim world with the kind of Marshall Plan incentives many Muslim-majority countries then expected. On the coercive side, he drew red lines against Syrian dictator Bashar al-Assad’s use of chemical weapons to massacre his own citizens. But Assad simply ignored him, and Obama was unwilling to follow up with the force that would have made his declaration credible.
Obama had more success when he coupled scene-setting with carrots and sticks—exactly the way Les argued that power actually works. Indeed, Les thought that Obama did a good job of scene-setting, “dispelling a lot of the anti-Americanism . . . getting rid of the ill-feelings toward the United States that . . . create[d] resistance to American power.” Obama used this goodwill to build multilateral alliances that exerted real pressure on intransigent regimes—through sanctions and military force—to recalculate their interests. This was true with the opening up of Myanmar and, to a more limited extent, with the Iranian nuclear deal.

Trump’s focus has been, instead, on negative scene-setting. He announced the “America First” doctrine during his campaign and in his inaugural address. He set the scene for an America willing to break things, challenge convention, and behave unpredictably. He appears to believe that this backdrop will decrease resistance to the exercise of American power in the same way that Obama believed in the power of a positive atmosphere. And he threatened destruction to adversaries and allies alike, warning that “fire and fury” would rain down on North Korea or that he would “destroy and obliterate” the Turkish economy if either country crossed a line he had drawn.

These proclamations have certainly changed the global mood. But like Obama, Trump’s talk has yielded little on its own. Turkey crossed Trump’s vague red line (to “obliterate” Turkey’s economy if it did anything he considered “off limits”) without consequence; North Korea proved as unmovable as ever. Trump has found more success when he has shown allies that he is willing to withdraw from previous agreements as a prelude to a recalibration of the terms of engagement, as he did with Canada and Mexico in renegotiating NAFTA, and when he has actually changed the terms of trade, as with the ongoing trade war with China.

Les saw these flaws with both presidents, and with many before them. He argued that, with a few exceptions, the United States has in fact not used its power well since the Cold War, precisely because successive governments, Republican and Democratic alike, have not understood the essential nature of power, and hence its limits. We have either chosen goals that are too broad, such that no one actor or institution can achieve the result sought, or have not been willing to deploy sufficient inducements or coercion to change the calculus of such actors when we do find them.

All the scene-setting in the world can’t change that.

ANNE-MARIE SLAUGHTER is president and CEO of New America and former director of policy planning at the State Department from 2009 to 2011.

DARREN GEIST was a research associate for Les Gelb from 2005-07.

JEANNE-PALOMA ZELMATI was a research associate for Les Gelb from 2007-10.

This article first appeared at Democracy.