Little-Known Fact: America Tested 1,032 Nuclear Weapons on Its Own Soil 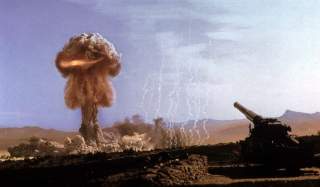 Key point: A high number of tests were common during the Cold War, but also caused a ton of problems.

Kyle Mizokami is a defense and national-security writer based in San Francisco who has appeared in the Diplomat, Foreign Policy, War is Boring and the Daily Beast. In 2009, he cofounded the defense and security blog Japan Security Watch. You can follow him on Twitter: @KyleMizokami. This first appeared years ago.