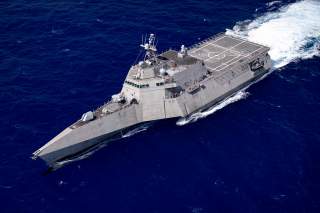 Key point: In a wargaming simulation against China, the Littoral Combat Ship performed worse than expected.

David Axe serves as Defense Editor of the National Interest. He is the author of the graphic novels  War Fix,War Is Boring and Machete Squad. This article first appeared last month.