Locked and Loaded: How the F-35 Will Dominate the Skies Until 2070 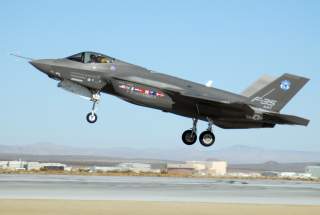 “Block 4 is important with the national defense strategy to make sure we are modernizing the plane to keep it dominant on the battlefield. We are close to knowing the strategy for how to go after it,” Dr. Will Roper, Assistant Secretary of the Air Force for Acquisition, Technology and Logistics, told a group of reporters.