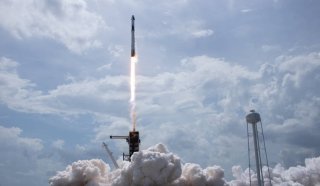 These factors form the conceptual basis upon which the MDA is pursuing its Next-Generation Interceptor (NGI) program—a technical effort to engineer new missile defense systems capable of replacing and moving beyond the existing ground-based interceptor. The program, which has been underway for several years, calls for a next-generation technology better positioned to track and destroy incoming ICBM threats.

An attacking ICBM can use phony missile decoys that could disrupt the targeting sensors built into a kill vehicle released from a ground-based interceptor to destroy the incoming threat. This is why there has been considerable effort put into redesigning seekers, kill vehicles, guidance technology, and targeting systems to ensure interceptors can effectively find and eliminate the correct threat.

The MDA has awarded several developmental deals to various industry teams, including the Lockheed Martin-Aerojet team and a Northrop Grumman-Raytheon team.

The Lockheed team recently announced that it completed its first flight software package for its NGI offering, indicating that its interceptor is taking steps toward being ready for its first test flight.

Both Lockheed Martin and Northrop-Raytheon have been competing for the opportunity to produce the NGI. While many of the specifics are likely proprietary or unavailable for security reasons, the new NGI will likely have multi-kill vehicles or a single missile that releases several interceptors to destroy numerous threats. Notably, this kind of technique, which has been developed by major industry innovators for years, is intended to distinguish between threats and decoys, and countermeasures.

A 2020 essay authored by Lockheed Martin in Breaking Defense made the case for their NGI offering by pointing out some of the challenges associated with the existing ground-based midcourse defense system. The discussion raised issues of obsolescence of the existing ground-based interceptor and argued that there is a limit to upgrading legacy systems to keep pace with existing threats.

“While recent tests demonstrate the promise of the system, the interceptor has reached a point where it can no longer be simply updated to meet the demand,” the article said.