Look To Clement Attlee, And Not Churchill, For Britain's Post-Coronavirus Future 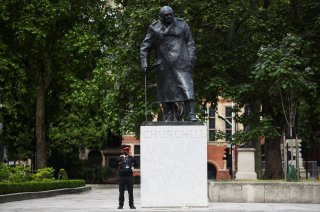 One of the biggest electoral shocks in British history came in 1945, in the immediate aftermath of World War II. Winston Churchill, having led the country to victory, confidently expected his Conservative Party to win. His Labour Party opponents were led by the notoriously uncharismatic Clement Attlee, dismissed by Churchill as “a modest man with much to be modest about.” Churchill campaigned on a nostalgic promise to return to pre-War normality but the British people, having suffered through the war together, were in no mood to return to the poverty and inequality of the 1930s. Attlee promised to tackle the "five giant evils" of idleness, want, squalor, ignorance, and disease. Labour won a landslide and promptly instituted policies to encourage full employment, alleviate poverty, and to provide public housing, education, and the National Health Service (NHS). Churchill returned to power five years later only by embracing the progressive new order. Boris Johnson, the current prime minister, is a huge fan of Churchill, but to tackle the economic devastation wrought by the coronavirus pandemic, it would be better for Britain to look to Attlee for guidance.

Britain has suffered the most coronavirus-related deaths in Europe and is currently second only to the United States in total deaths. Many fault Johnson for his poor handling of the crisis: distracted by Brexit, his government acted slowly and inconsistently to contain the virus. Poor government planning meant the NHS, already overstretched from years of austerity, was undersupplied with vital resources including PPE, ICU beds, and ventilators.  Brexit had worsened an existing staffing shortage. Yet until recently, Johnson had been enjoying unprecedented popularity.

Why? First, the Conservative base of older, more prosperous voters are generally less badly affected by the pandemic and lockdown. Second, Johnson benefits from a framing of the crisis as a time for national unity. Politicians and media invoke the World War II spirit of Dunkirk and the Blitz, portraying ordinary Britons as heroes, enduring a deadly enemy with dogged determination, courage and collective self-sacrifice. It helps that the NHS, on the frontlines, is the nation’s most beloved institution. The power of this narrative was vividly illustrated by the extraordinary story of Captain Tom Moore, a centenarian veteran of World War II, who planned to raise $1,000 for the NHS by walking laps around his garden. His story went viral and he became a beloved national celebrity, eventually raising £32 million for charity and earning a knighthood. Meanwhile, the press portrays lockdown breakers as unpatriotic, selfish “covidiots,” citing some of their favorite scapegoats: conspiracy-theory lefties such as Piers Corbyn, urban hipsters, and entitled, overpaid soccer players.

However, the solidarity which briefly lifted Johnson is fracturing under him. For one thing, national narratives always mask deep conflicts and inequities. The Blitz spirit was real enough: my grandfather fought at Dunkirk and his wry, self-deprecating stories belie the raw courage his military record describes. At the same time, as my grandmother told me, the wartime sense of shared purpose didn’t mean that rotters stopped being rotters. People cheated on their ration allowances or hoarded supplies, while the rich used their privilege to get better treatment. Sound familiar? Now, a survey reveals that more people think that the coronavirus crisis has revealed the selfishness of their fellow Britons than their togetherness. Most recently, Johnson's popularity has been poll-axed by his decision to stand by top advisor Dominic Cummings, who travelled hundreds of miles to his parents while infected with coronavirus. The vast majority of Britons saw Cumming’s actions as a flagrant violation of the government’s own lockdown rules and a mockery of their own sacrifices.

Of course, the biggest problem facing the country is the looming economic crisis. Unemployment is rising rapidly and the economy, already weakened by Brexit, could shrink by as much as 14 percent this year. Worse, the pandemic is exacerbating existing inequalities, with ethnic minorities, women, and the young suffering disproportionately. So how might the government address these challenges and make amends for its earlier failures?

Johnson is in a political bind. Populists need scapegoats, but he can’t blame Britain’s economic woes on the EU or previous Labour governments anymore, and since his draconian bill passed early this year, immigration has receded as a hot-button issue. It’s also difficult to rail against “political elites” from Number 10. He also faces some tough electoral realities if he wants to retain his new working-class supporters in former “Red Wall” seats. Many such voters wanted Brexit and reduced immigration but also demanded greater employment protection, more generous health and welfare spending, and an improved public sector.  They could switch loyalties again now that Keir Starmer has replaced the electorally toxic Jeremy Corbyn as leader of the Labour Party. Longer-term demographics are also pushing the Conservatives to consider more progressive policies favored by the young. In 2019 the Tories won only one in five voters under the age of 25, including just 15 percent of women in that demographic.

The government’s initial response has been a massive increase in public spending, paying 80 percent of furloughed worker’s salaries and making benefits more accessible. Chancellor of the Exchequer Rishi Sunak’s March budget was described as the Tories’ Final Retreat from Thatcherism. But will these progressive policies that support the economy be maintained? Many senior Conservatives advocate a return to the neoliberal prescription of cutting spending, deregulation, and tax cuts, having long seen Brexit as an opportunity to create a buccaneering, laissez-faire Singapore-on-Thames.

Returning to austerity, though, carries grave political and economic risks. Neoliberalism was failing too many ordinary Britons even before the crisis. Tax cuts, deregulation, and the shredding of the public sector benefited some at the expense of the most vulnerable. Widening inequality was not only morally questionable but politically toxic too, resulting in anger and divisive populism. Millions of Britons faced uncertainty, economic misery, and stagnating social mobility. Not surprisingly, British attitudes have already begun to shift against austerity and in favor of a more generous welfare system.

Some argue that Britain can’t afford it, but many prosperous countries combine more generous social protection with lower levels of government borrowing. Sweden, Germany and Denmark, to name three, have lower levels of public debt than the UK. Nor does higher public spending necessarily result in worse competitiveness  or lower employment. In short, a more humane form of capitalism can be more economically efficient as well.

Johnson had already made some tentative leftward moves on economic policy before the crisis. He planned to increase spending on infrastructure, public education, and especially the NHS, describing it as a “beautiful idea.” He scaled back various tax breaks for the wealthy, and even claimed, controversially, to have opposed austerity. He should move further in this direction if he is sincere about leading “One Nation.” The NHS saved Boris Johnson's life when he contracted Covid-19, so he owes a huge debt to Clement Attlee. A good way to repay it would be to honor Attlee’s legacy, and lead a government which truly works for everyone.

Henry Laurence teaches British politics and comparative political economy at Bowdoin College. He received a PhD in Political Science from Harvard University and a BA from Oriel College, Oxford University.  He is the author of Money Rules: the New Politics of Finance in Britain and Japan (Cornell Studies in Political Economy, 2001)