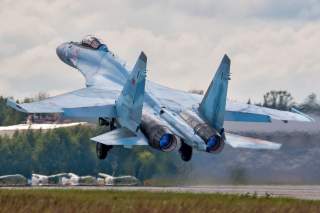 Key Point: The introduction of the Su-35 significantly boosts Chinese capability and increases the headaches for U.S. forces in the event of a war.

This appeared earlier in 2018.