Looks Like a B-2 Bomber: Watch the Test Flight of Russia’s New Stealth Attack Drone 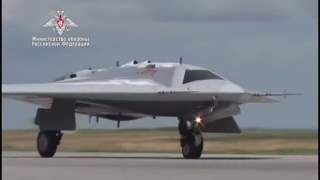