LRSO: Why the U.S. Air Force Wants a New Cruise Missile (For the B-21 Stealth Bomber) 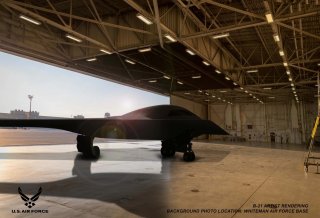 Envision a nuclear exchange wherein, for some reason, land-launched, aircraft dropped or sea-fired nuclear weapons are not available. Perhaps they are inadequate to the threat or target set? Perhaps they are rendered ineffective in some unexpected fashion? Or perhaps they simply do not align with the tactical aims of a particular mission?

These are all reasons why senior U.S. Air Force nuclear weapons developers are pushing for an on-time, on-track successful delivery of the service’s new, air-launched, nuclear-armed cruise missile, the Long-Range Stand Off weapon (LRSO).

The legacy Air Force Air-Launched Cruise Missile is quickly becoming obsolete and ending its service life, creating a fast-emerging need for a new system to sustain the strategic and operational requirements for the force.

“We only have a certain number of those weapons and we have a reliability problem. Reliability is going down, so any kind of gap with LRSO puts us in a position where the air leg of the triad is at risk,” Lt. Gen. Richard Clark, deputy chief of staff for strategic deterrence and nuclear integration, told The Mitchell Institute for Aerospace Studies in a video interview.

The now-in-development weapon, slated to fully emerge later this decade, does fill a specific and much-discussed operational niche, as it may be the only weapon able to penetrate enemy air defenses with a nuclear strike in certain tactical scenarios. Should advanced air defenses make it difficult or impossible for nuclear-armed aircraft to operate in closer proximity to enemy targets, then a longer range option might help further deter an adversary by holding targets at risk.

“Enemy air defenses are becoming much more advanced to the point where air-launched cruise missiles will be obsolete. We run the risk of not having a system that can penetrate adversary air defenses,” Clark said. “To me, this is the weapon that complicates the adversaries' calculus the most. It is the weapon that can attack from different axis and has a versatility that an adversary has to take into account.”

The LRSO is slated to arm the new B-21 bomber and B-52 and provide new dimensions to the U.S. strategic nuclear deterrence posture. Clark said it is really important for the weapon to stay on track.

“LRSO is our hedge weapon. It is the weapon which, if we have gaps in the sea leg or ICBM leg, it could act as a hedge until we get those other systems back online. A delay could hurt the triad,” he said.

Clark also addressed some of the controversy which has attended the development of the LRSO, with some critics maintaining that it could blur the distinction between conventional and nuclear weapons, potentially confusing an adversary and prompting a nuclear response to a non-nuclear attack.

“The idea of dual-use is not new. We have had an air-launched cruise missile that was both nuclear and conventional. Our adversaries also have systems that are dual-use,” he added.