The M-16 Assault Rifle: The Gun Born in North Korea 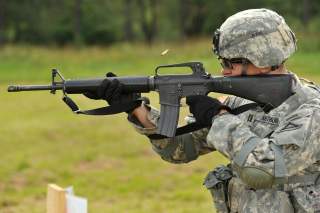 (Note: This is Part one of a three part series which appeared several years ago.)