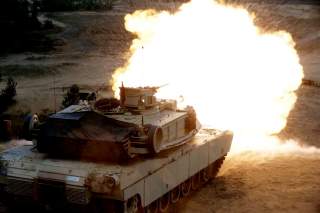 Key Point: It would fly over enemy tanks and detonate above them, projecting an explosively formed projectile through the top armor to destroy them.

Information for this article was taken from Tomorrow’s Smart Tank Munitions in Armor, March-April 1995 and The Future Combat System (FCS): Technology Evolution Review and Feasibility Assessment in Armor, September-October 1997. This piece was originally featured in October 2018 and is being republished due to reader's interest.