The Marine Corps Is Getting Its Very Own 'Eye of Sauron' 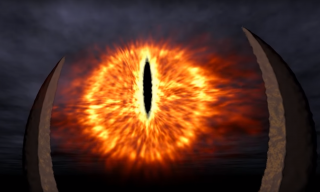 The Marine Corps has tapped a new Silicon Valley defense firm to develop a "digital fortress" of networked surveillance systems in order to enhance the situational awareness of security forces at installations around the world.

This is no standard intrusion system. Through its AI-driven Lattice Platform network and 32-foot-tall autonomous Sentry Towers, Anduril purports to combine the virtual reality systems that Luckey pioneered at Oculus with Pentagon's most advanced sensors into a simple mobile platform, enhancing an installation's surveillance capabilities with what Wired recently dubbed "a web of all-seeing eyes, with intelligence to know what it sees."

An all-seeing eye (or several hundred) isn't far off from what MCICOM was looking for. In March, the command detailed a requirement for an ASCIC counter intrusion system that provides "24/7/365 autonomous situational awareness and actionable, real-time intelligence of surrounding air, land, and sea, through all-weather conditions," according to the original solicitation.

"The system shall autonomously detect, identify, classify, and track humans on foot, wheeled and tracked vehicles on land, surface swimmers, and surface vessels and boats," the solicitation reads. "It must be a scalable federated network of sensors (EO/IR/RADAR) with the capacity to expand into acoustic, seismic, and other sensors that operate across the electromagnetic spectrum."

Compressing all of those capabilities into a single system may seem like a significant engineering challenge. But both the VR and AI tech Luckey and his co-founders previously developed apparently come close to a real-time heads-up display, a "digital wall" demarcating an invisible barrier, according to Wired's Steven Levy.

"Slipping it over my eyes, I am instantly immersed in a digital world that simulates the exact view I had just been enjoying in real life," Levy wrote in June 2018 of his field test of the Lattice system. "In the virtual valley below is a glowing green square with text that reads PERSON 98%. Luckey directs me to tilt my head downward, toward the box, and suddenly an image pops up over the VR rendering. A human is making his way through the rugged sagebrush, a scene captured by cameras on a tower behind me. To his right I see another green box, this one labeled ANIMAL 86%. Zooming in on it brings up a photo of a calf, grazing a bit outside its usual range."

According to MCICOM, Anduril is currently the only vendor on the market capable of offering this kind of unified system, inducing the command to fast-track the Anduril award without the standard competition from other defense firms given installation force protection's explicit status as a "top priority."

"Anduril offers an end-to-end, fully unmanned, counter-intrusion solution that is 24/7 operational; fully mobile and infrastructure-independent; operated through a single, intuitive user interface compatible with standard laptops, mobile devices and data formats; and rapidly deployable," according the a June 24th memo justifying the selection of the company without the standard market competition.

This isn't just hype, apparently: According to the MCICOM, the command settled on Anduril thanks, in part, to a government-funded U.S. Customs and Border Patrol assessment of the Lattice Platform and Sentry Towers. In fact, CBP officials told Wired that Lattice helped the agency intercept 55 people during unauthorized border crossings over a 10-week period in 2018.

It's worth noting as a point of Internet irony that while 'Anduril' may take its name from the enchanted sword from Lord Of The Rings, its tech is closer to the Eye of Sauron. Then again, that's should come as no surprise for a company with a handful of Palantir execs on board.