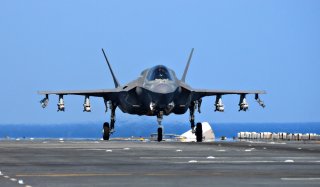 Marine Corps Systems Command (MARCORSYSCOM) is intent on modernizing the U.S. Marine Corps. It recently launched the Technical Management and Analysis Directorate (TMAD) as part of an effort to modernize the Marine Corps Enterprise Network (MCEN).

The Marine Corps explained that the MCEN is an “interconnected ‘network-of-networks’ that links service personnel, architecture, processes, physical and logical topology, and cyber operations.”

The statement also added that the move broadly supports Marine Corps Commandant Gen. H. Berger’s Force Design 2030 guidance, “which underscores the need for enterprise IT engineering and the fundamental importance of meeting peer competitors on a complex future battlefield.”

“I would say network modernization is key to achieving a deterrent,” said Keegan Mills, MARCORSYSCOM highly qualified expert and the IT and cyber technology lead for TMAD. “That’s our piece in the bigger ‘whole-of-government’ effort, ensuring our ability to project power in future battlefields is unmatched.”

Force Design 2030 is an extremely broad initiative and represents some of the most significant changes the Marine Corps has experienced since the end of the Cold War. Instead of being a force optimized for the kind of long, grinding land campaigns that defined the Corps’ involvement in the Middle East, the service is pivoting to a lighter, more nimble force designed to excel in a maritime environment.

To that end, the Marine Corps has divested an enormous amount of equipment. Gone are all of the Corps’ tank battalions, as well as much of the Marine Corps’ artillery and tube mortars.

“Although it’s our job to figure out what the future battlespace is going to look like, historically we don’t always get that right. So, what we’re doing is establishing a capability that’s able to adapt to whatever the situation throws at us. It’s about building a deterrence to make sure that we can manage that,” said Mills.

“We’re not just modernizing in order to fix what ails us today, we’re making sure we’re prepared to face tomorrow’s challenges,” said Velazquez. “We’re working towards future interoperability, future extensibility and future expandability. That gives us capacity and capability.”

As America’s force-in-readiness, the U.S. Marine Corps has a long history of rapidly adapting to challenges in order to remain the world’s premier fighting force—and digital change is no exception.

“After all, in an age when battles are won and lost on the strength of a military’s ability to communicate on the battlefield, the ability to maintain robust, seamless and secure end‐to‐end communications—from the supporting establishment to our forward deployed forces—is an invaluable capability.”