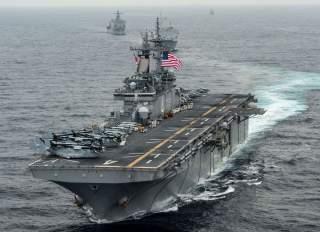 Key point: These ships carry a lot of troops and equipment but they are vulnerable to attack. Maybe even too vulnerable.