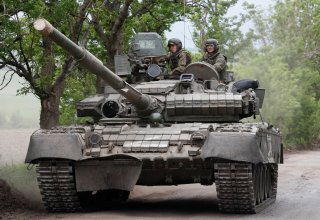 The Treasury Department announced on Tuesday that it had closed a loophole in U.S. sanctions that allowed Russia to pay its foreign debts using funds held within Russia—a move that limits Russia’s ability to pay its creditors abroad and pushes the country closer to an artificial default on its debts.

The loophole, inserted into the U.S. sanctions that were passed immediately after Russia’s invasion of neighboring Ukraine, was closed at 4:01 Greenwich Mean Time on Wednesday morning, or midnight on the East Coast of the United States. The closure came two days before Russia was obliged to make a roughly $100 million service payment on its international obligations; if it had failed to make the payment, it would have had a grace period of thirty days before being officially considered to have “defaulted” on its debts, leading to a reduction in the country’s credit rating and allowing creditors to try to recover the funds through legal action against the Russian government.

Treasury Secretary Janet Yellen hinted at the move last week, suggesting that the loophole—which had intentionally been put in place at the onset of the war in order to stabilize the supply of Russian debt payments to the United States—would be “time-limited” and closed at a future point. Existing sanctions have largely blocked off the Russian financial sector from global markets, and Russia is already prohibited from paying its international obligations using funds stored in its U.S. accounts, all of which have been placed under sanctions. The Russian government has also attempted to pay its foreign debts in rubles, largely without success.

At the time, Yellen suggested that Washington’s move was intended to place additional pressure on Russian leader Vladimir Putin to end the war.

“Russia is not able right now to borrow in global financial markets,” the treasury secretary and former Federal Reserve chairwoman told reporters last week. “It has no access to capital markets. If Russia is unable to find a legal way to make these payments … they technically default on their debt.”

To meet the payment on May 27, the Russian finance ministry reportedly transferred the required $100 million out of the country two days early, making the payment without incident. However, its next obligation—a $400 million service payment on interest from its foreign debt—is due in late June. Russia’s foreign obligations amount to roughly $60 billion, or around 20 percent of its total debt.