Meet the 3 Rifles The U.S. Army Bought (But Never Used in Battle) 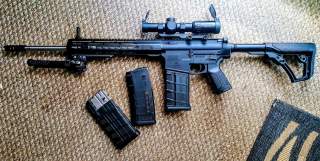 Key Point: Endless counterfactuals exist about what would have happened had these guns been adopted.

Charlie Gao studied political and computer science at Grinnell College and is a frequent commentator on defense and national security issues. This piece was originally featured in November 2018 and is being republished due to reader interest.