Meet the 5 Best .45 Caliber Handguns on the Planet 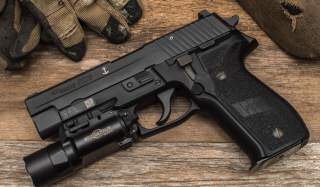 In reality, the Glock 21 is actually one of the best, and most affordable, .45 ACP pistols on the market.