Meet the 5 Deadliest Revolvers and Rifles On the Planet Today 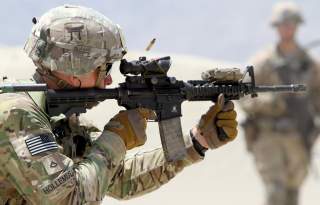 Like all .357 Magnums, the 686 can shoot the less powerful .38 Special ammunition. The 686 features a four-inch barrel, has an overall length of 9.6 inches and weighs two-and-a-half pounds. It also adjustable sights, a double-action firing system and a stainless steel finish. A deluxe model comes with a larger, seven-round cylinder.

(This first appeared as two separate posts last year and is being recirculated due to reader interest.)