Meet The F-111 Aardvark: America's Supersonic Killer That Could Do Everything 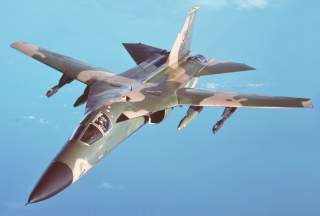 Key Point: Though the Aardvark was good at its job, it had high maintenance costs, and the Air Force judged that its fleet of F-15E Strike Eagles could take care of shorter-range attack missions, while B-1 bombers could handle longer range strikes.