Meet the F-4 Phantom: This 60-Year-Old Fighter Jet Won't Stop for Anyone 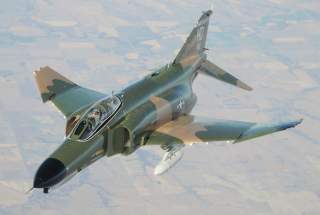 Key point: The F-4 served for a long time and even now serve as target practice drones.

(Recommended: How to Win a War with China)