Meet the Glock 43: We Review What Could be the Ultimate Concealed-Carry Gun 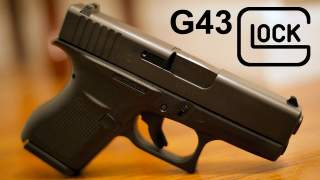 Key Point: The G43 is perfectly designed for self defense.

The Glock 43, also known as the G43, is the latest innotion from Glock. Glock was made famous when novice gunmaker Gaston Glock produced the G17 pistol to fulfill an Austrian Army contract. The double action, polymer gun with a large seventeen-round ammunition capacity quickly won a reputation for reliability, accuracy and ease of maintenance. Its use of polymers quickly made it a media sensation for allegedly being “invisible” to airport security X-ray machines, although the reality was that the pistol profile was still easily visible in an X-ray scanner.