Meet the Harvest Hawk: A Refueling Plane Turned Into a Marine War Machine 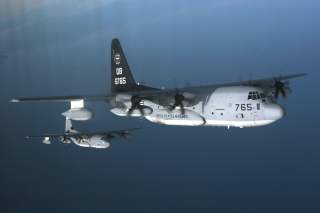 Key point: The Marines saw a need and so they modified a KC-130J tanker to fill that need.

Sébastien Roblin holds a master’s degree in conflict resolution from Georgetown University and served as a university instructor for the Peace Corps in China. He has also worked in education, editing and refugee resettlement in France and the United States. He currently writes on security and military history for War Is Boring. This first appeared in June 2018.