Meet the I.AE. 27 Pulqui I: Argentina's Attempt at Making Their Own Jet Fighter 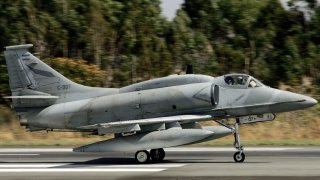 Key point: The jet was an interesting design than drew from the experience of a French Nazi collaborator. However, it never ended up going into full production.