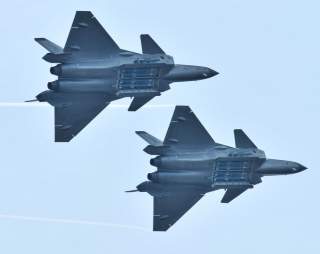 Key point: China already has a strategic bomber, but a long-range and fast stealth bomber would be a game-changer. But, here's why Beijing might not actually have a JH-XX ready yet.

This first appeared earlier in 2018.

Sébastien Roblin holds a master’s degree in conflict resolution from Georgetown University and served as a university instructor for the Peace Corps in China. He has also worked in education, editing, and refugee resettlement in France and the United States. He currently writes on security and military history for War Is Boring. This first appeared earlier in 2018.