Meet The Kirov-class Battlecruiser: The Backbone Of Russian Seapower 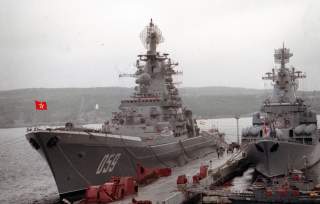 Key point: The Kirovs can threaten U.S. assets, while also providing an impressive, prestigious platform for the display of Russian maritime prowess.

Robert Farley, a frequent contributor to TNI, is a Visiting Professor at the United States Army War College. The views expressed are those of the author and do not necessarily reflect the official policy or position of the Department of the Army, Department of Defense, or the U.S. Government. This first appeared in July 2016.