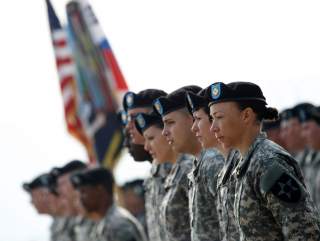 Key point: In a war, Pyongyang would strike targets within range of its guns, including many bases in and around Seoul. Why wasn't the base moved away?

Three times this year — most recently in late October — Pyongyang has tested a new, “super-large” multiple-launch rocket with an estimated 370-millimeter diameter. The new rocket reportedly can strike targets as far away as 230 miles.

“If you pay attention to the North Korean propaganda, in July, they said they’ve been developing these weapons to be able to strike a ‘fat target’ in South Korea, and we assume that the ‘fat target’ is Camp Humphreys, as well as Osan Air Base, which is in close proximity,” Maxwell said.