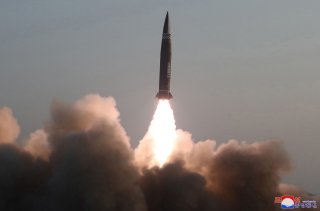 Arms control agreements of the 1960s, 1970s, and 1980s were largely the domain of government negotiators. But in the last ten years, new players with substantial leverage have emerged and are influencing the negotiating process, even if they are not always seated at the negotiation table. These new players can be separated into two groups: issue advocates that endeavor to advance arguments for or against a given agreement and the banking, insurance, and investment community, collectively known as “financial institutions,” that can impact the execution of arms control negotiations.

Advocacy groups have been around for as long as there have been arms control negotiations. But parties wishing to verify compliance and/or capabilities often relied on sporadic low-resolution imagery that was highly classified and rarely made available to the public. Consequently, public advocacy groups were limited to making political and logical arguments without much empirical evidence to support their positions. What’s different today is that advocates now have access to a plethora of commercial technical tools to back up their claims. With the broad availability of high-resolution imagery and technical data, along with artificial intelligence tools to sort through it all, advocates can quickly advance their respective positions with persuasive evidence at a very low cost. Furthermore, this evidence can now be quickly and easily disseminated to a wide audience through robust social media outlets.

The work of Middlebury College’s Center for Nonproliferation Studies (CNS) in  Monterey, California is one example of how advocacy groups are contributing to the arms control conversation. CNS teams are constantly monitoring nuclear developments in North Korea and China. In recent years, they have broken stories regarding the location of missile storage facilities in North Korea and the buildout of missile silos in China that appear to be capable of housing nuclear intercontinental ballistic missiles. Without governmental, administrative, and classification burdens,  CNS can quickly utilize persistent, commercially available satellite imagery to support its assertions and share them with the world in near-real-time. Now that their reputation is proven, CNS’ newest claims are often quickly picked up by major television and print news organizations. This puts governments in the awkward position of having to play catch up with the story rather than leading it. The CNS team has also been effective at debunking claims by governments about the acquisition of new capabilities or an adversary’s nuclear developments.

The influence of financial institutions has also grown as governments, particularly the U.S. government, have begun to use unilateral business choice sanctions, which are designed to have extraterritorial effects, to address proliferation concerns. Business choice sanctions are distinct from other kinds of sanctions in that they offer commercial entities like banks the choice between doing business with the target country or the United States, but not both. For large international banks, the choice is usually clear—they will choose to do business with the United States because its market is much larger and more lucrative than that of the sanctioned country. The result is that the target country becomes deprived of the economic oxygen necessary to fuel its economy.

The United States has figured out how to turn these highly effective sanctions on but has struggled to turn them off. This phenomenon can be seen in the way that financial institutions responded to the 2015 Joint Comprehensive Plan of Action, colloquially known as the Iran deal. Non-U.S. financial institutions did not take the agreement at face value and held back their support for long-term investments; they saw entering the Iranian market as risky and feared that the United States might eventually reverse course. This fear turned out to be quite prescient. The main point to remember about the relationship between business and sanctions is that a government can effectively prevent financial institutions from doing business in a given country, but it can’t force them to make investments in a country. In the case of Iran, the billions of dollars in fines paid by non-U.S. international banks prior to the deal clearly amplified the risk of entering into the Iranian market. Both Iran and non-U.S. financial institutions learned a valuable lesson from the 2015 Iran deal, and neither will be quick to take future promises of sanction waivers at face value.

Going forward, the interests of advocacy groups and financial institutions must be well understood, and their likely responses considered, at any future arms control negotiating tables.

Christopher A. Bidwell is a Senior Fellow for Nonproliferation Law and Policy at the Federation of American Scientists.