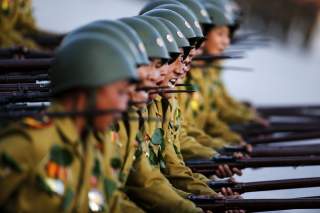 Key point: Pyongyang's weapon can carry many, many more rounds than Moscow's AK.