Meet the Ruger SR40c: The Most Powerful Compact Pistol On the Planet? 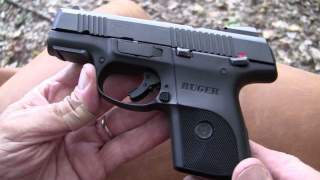 The SR40c is a recoil operated, locked breech handgun. It features a double stack magazine carrying fifteen rounds of .40 S&W ammunition, plus an additional round in the breech for a total of sixteen rounds.